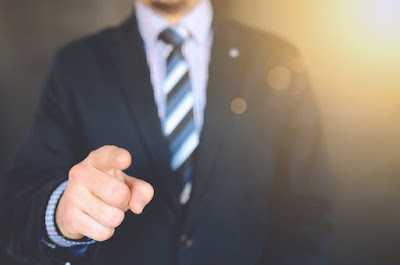 Most have heard that bitcoin is a digital currency. It is true, however, to say that it is a cryptocurrency. Some of you may have read about the crazy uptrend in 2017 (its price jumped 1,600%!)

Some may have searched the internet for its current price, read reviews and dismissed it as “yet another bubble” or “criminals’ currency”. There is a dose of truth to these “objections”. Others may have a broker or developer friend who has made money overnight and is wondering if you should invest your savings in a cryptocurrency. Probably not, the risk is great.

This is definitely the most controversial currency and the questions are many. Myths, truths, analysis, interviews and, most importantly, critical answers to key questions: This guide will solve your questions and introduce you to the world of cryptocurrencies that seem to be more than fashionable and promise to revolutionize which for many will be comparable to that of the Internet.

It is the first decentralized payment network, meaning it is not a company or organization, it does not belong to any country, government, company or person, has no borders and is not controlled by anyone. In the bitcoin network, which is based on a protocol such as HTTP (ie, the Internet) and SMTP (ie, e-mail), there are no intermediaries and transactions are based on peer-to-peer, that is, between like-minded users: virtually every user is in itself a “bank” that deals directly with other users.

The article titled “Bitcoin: A Peer-to-Peer Electronic Cash System” was published in October 2008 on metzdowd.com and explained how bitcoin works. The name given to its creator is “Satoshi Nakamoto”, who has claimed to be a man living in Japan, born on April 5, 1975.

Satoshi Nakamoto may be the nickname of a man, a woman, a group of people, while many believe that bitcoin was developed by a group of cryptographers and computer scientists who lived in the US and Europe at the time. However, Satoshi Nakamoto withdrew in 2010 from the project, which is being undertaken by a global community of developers who are constantly improving the system’s security, features, and applications.

In any case, it should be noted that the concept of ‘cryptocurrency’ is an earlier one. It was first described in 1998 by computer engineer Dr. Wey Dai, who advocated the idea of ​​a new form of money that would not have a central authority but would use cryptography to control its creation and transactions.

How much is a bitcoin worth and how is it determined?

At the time of writing these numbers, the price of a bitcoin is $ 15,710.85. Of course, this is a highly volatile currency as it changes every second, either dramatically rising or falling. Since bitcoin is not controlled by one entity, but by all the individuals and businesses that invest in it and use it for their transactions, its value is determined by the laws of supply and demand. Even the slightest transaction on its system has little effect on the value of the digital currency.

Like any other market in the world, bitcoin can also be manipulated. An important point is that, according to the source code created by Satoshi Nakamoto, more than 21 million bitcoins can never be cut. This creates an alternative ecosystem of money, with fully regulated inflation, as opposed to the financial system we know of and criticisms of the inflationary pressures caused by the fact that central banks can print money.

How can one get bitcoins?

1. One can choose to be paid with bitcoins for the product or service offered. Of course, he should have his wallet installed, which will send the asking price. More and more companies are beginning to accept cryptocurrencies as a form of payment.

2. A second way is to buy bitcoins through their respective exchange websites. In order to make a transaction through such a website, the user must have an application wallet installed on their mobile phone (eg Copy) and make a wire transfer from a bank account. Each purchase is based on the current exchange rate of bitcoin with the currency that a user wants to exchange, and one has to be informed until the last minute before buying and selling, as its price varies every second.


3. The third way is through the so-called “mining”. Mining is a process whereby users solve complex mathematical problems of the bitcoin system and are rewarded for their work with bitcoins (now with bitcoin subdivisions after its price has risen dramatically). Bitcoin mining is essentially adding new bitcoins to the market (users also have a … mint role), but as stated above, the open-source code created by Satoshi Nakamoto cannot create more than 21 million bitcoins in a while of his life.