Skip to content
How To Make Money Working From Home! 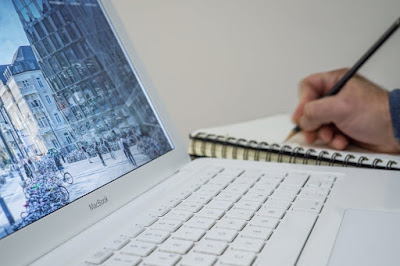 Today, as a result of the downward trend of retail trade, a new world of trade is created without restrictive hours and a specific headquarters. The site includes people who simply wanted to earn some income because they were unemployed or wanted to make a living. Some of them chose to make money by working from home. Technology-driven people and Internet-based entrepreneurs to keep their business open. People who earn by working from home!

All of the above are among the benefits of an online career. In addition, online businesses need a small capital to operate and can also target overseas customers.

Below are some business ideas that base their actions on the internet.

Ms. Lila Konstantinidou, Director of Sunnydrop Business, began with a basic knowledge of the Word program. It now hosts numerous foreign marriages in Greek islands each year. Although it operates only online, it has become widely known for its services.

As she said: “At that time I had little familiarity with the computer. However, I was immediately fascinated by the capabilities of the Internet and decided to learn how to create websites! I bought a book and started reading slowly. At first, I didn’t understand much, but I gradually became familiar. After a few months and a lot of effort, I managed to create my first website: our hotel site….

12 years ago a couple from Canada booked the hotel, adding that he wanted to get married in Greece. They asked me to help them organize their wedding and I thought: Why not? It was such a beautiful experience that I decided to repeat it. After much study, I have created a website that is aimed only at foreigners who want to get married on a Greek island. “

The brothers Dimitris and Argyris Bentilas have created their own online video game business, “Total eclipse games” (www.totaleclipsegames.com). The application has garnered hundreds of thousands of euros in funding from major US publishing houses and clearly confirms the potential for profit of such a venture.

As Argyris Bentilas states: “In 2005, after several years of web design work, we decided to create our first online game. We financed it for ourselves … like the second one. But as the two games began to spread online over the world, we decided to submit a proposal to one of the largest American publishers.

The conversations were by phone and email and soon we had a large amount of funding available to release three more games. We met these people closely after several months! To get a meaningful subsidy in Greece you have to write pages and pages, prove how you will make money and a thousand other things that only hinder creativity.

Mr. Christos Stratis has been a furniture retailer in Chalkida for over 20 years. Two and a half years ago, the online store was launched, where it now earns its profits mainly through online sales. He himself demonstrates the range of e-commerce opportunities.

“I started out as a hobby and because I liked the Internet. I thought that Greek consumers would find it very difficult to buy beds or sofas without ever sitting on them or having seen them closely. Eventually, I denied it. Not only are sales going well, but unlike one would expect, there are very few complaints from online customers.

It is more common to change the mind of someone who bought from the “ground” store, says Mr. Stratis, who has decided that any future investment in him will be solely aimed at the Internet market.

“It’s more efficient and of course much cheaper. The important thing is to find ways to be high on Google search, and of course, there is no better advertising than happy customers who translate their opinions into niche forums. ” So since he found a way to keep his business thriving during such a difficult time, couldn’t he set an example for other businessmen in the field?

“Certainly that’s true. Many colleagues think that the point is that they will find it difficult to try. After all, most of us are older people, with little to no familiarity with the Internet. “